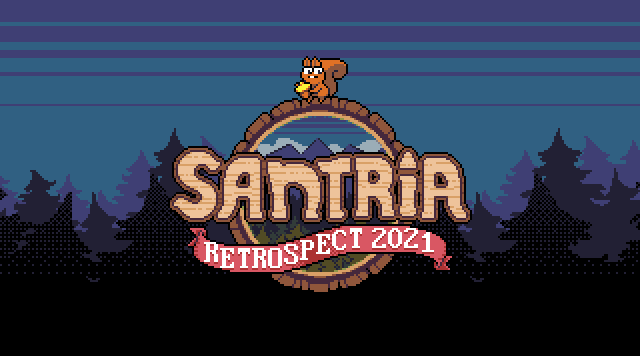 Dear reader, welcome to the Santria Retrospect of the year 2021! It marks the sixth year of development (at some point I should stop counting, I guess) and I am happy to share some big milestones and thoughts about it. Loyal subscribers of the “In a nutshell with Cheekynauts” newsletter may be already aware of most shenanigans beforehand (hint: sign up, it’s free!). Since I love to keep my real life complicated and exhausting I decided to change my day job in 2021, which meant that most of the year was dedicated to a clean hand-over to my successor and familiarizing myself with the new position. This may not have sped up the game development process but at least it helped me get into a more “view from outside” situation with more time to adsorb and think through ideas!

The first big milestone of 2021 was the completion of the Pine Falls High School Interior. The high school is the first big social hub in the game and in the center of many plotlines. Since the intro of the game is mostly linear, I wanted to give the player after the first battle a bigger location to explore freely and get familiar with a bunch of side characters (you play a school kid after all, right?). It was a lot of fun to think about many possible classrooms and activities, and a relaxing experience to import every sprite into GameMaker Studio 2 to place them as interactable objects in the game. Below, you can see every room of the school. Quite the pile!

It’s not a retrospect without some in-game GIFs, so please enjoy the high school’s first floor in movement and color:

The high school is the first building in Santria with multiple floors which are not accessible from the beginning. I had to think of a good way to implement the traversing of these floors. First, I wanted to work on an elevator or separate stairwell map but I noticed this would be tedious to use regularly. Therefore, I decided to make a small selection popup (non-accessible floors have a lock!) with funny elevator like transition effect.

One of my favorite rooms is the drama room with all funny props you would imagine for it. To be or not to be is the question but who am I to be that philosophical? At least I know: The cardboard tree was not as easy to pixel as you think, ok? Let’s see what kind of plays await us in the game.

The basement is filled with many long forgotten treasures (old baseball caps and archived exams) and you can hone your crate-pushing skills!

After your first day at Pine Falls High you will have the opportunity to enter Santria’s first dungeon, the so-called Santria Co. Silver Mine!

The mine is mostly a tutorial for dungeon crawling in Santria, teaching you more about the battle system, the crafting system and use of dungeon items. The mine is also a mystical abandoned place, making you wonder what kind of dark secrets are hiding in the murky depths. You will learn a lot about the world building of Santria, who the big players lurking in the background are, and how the overarching story kickstarts after a big boss fight. I kinda like it!

The crafting system is based on the Craft-o-tron 3000 device, which can be filled with raw materials to craft into powerful items. The item options can be unlocked by collecting blueprints spread around the game world, some more obvious than others.

The more you explore the different mine levels, the more strange factory machines you’ll come across. What is this all about and what is happening in the mine? By inspecting different journals, newsletters and other clues you may discover the backstory of this abandoned mine.

Santria’s dungeon design philosophy is quite the handful. On the one hand you have the focus on investigation and environmental storytelling trying to hide the dungeon formula, on the other hand you have a mixture of tactical combat in separate battle screens and action-rich use of dungeon items to solve puzzles and overcome obstacles. The first dungeon item is the baseball bat, helping you to smash barrels and crates!

In Zelda dungeons, I love the satisfying moment of opening the final big chest for the master key, unlocking the way to the boss room. Of course I need something exciting like that in Santria too, only with a small “twist” as usual.

The last thing to showcase is the mine’s boss. It’s still in an early stage but I like to give you a first impression in the form of mock-ups and cute battle animations by Crabby Sam. I love the soda can design and the carbonated water attack which looks oddly familiar to the geysers in the mines. I wonder what that’s all about…

How the public demo ends…

After the boss battle, you will witness a crisis meeting at the Santria Co. headquarters. Some interesting stuff will be discussed for sure. With this, the public demo will end.

As you can imagine, we still have a way to go until the public demo will be ready. I really want to share with you a viable and polished vertical slice of the game with a good chunk of playtime of around 2 hours. I hope to deliver it to you earlier rather than later, but in the end the way is the goal and it will be finished when everything is in its proper place. I have a feeling the public demo will be a system and feature complete small game and the full release will be mostly adding story content and dungeons in the end.

2021 was also the year of two very cool merchandise items by Crabby Sam! One is a postcard featuring schoolyard shenanigans from the demo, and the other is the official Santria squirrel pin! I love them both a lot and they are helping to make the Santria Universe more real (you can touch them after all)! These items are both available at time of writing as rewards for our $5+ and $10+ Patreon subscribers.

The last thing to show in this retrospect is the traditional Twitter vs. Time chart. The linear trend over the last 6 years is astounding!

Phew, this was 2021 after all! I hope you enjoyed your read as much as I enjoyed the writing! See you next time! 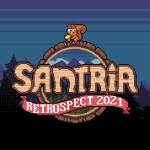 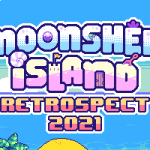 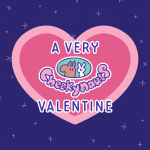 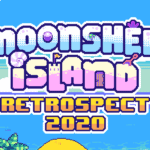 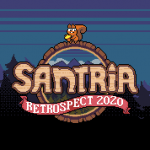